In November 2019, MWM distributor MKS Group of Companies together with the MWM specialists successfully completed commissioning of the generating equipment at the power plant for NLMK Ural (NLMK Group), one of Russia's largest enterprises, at its production site in NizhniyeSergi, Sverdlovsk region. Design, equipmentsupply, construction, installation and commissioning of the power plant werecompleted by MKS Group of Companies within twelvemonths from laying the foundation to commissioning. The power plant functions in cogenerationmode with simultaneous power and heatproduction. The energycomplexhouses an MWM TCG 2032B V16 unit and three gas fired hot-water boilers of 7 MW (megawatts) each. With 4.5 MW generalelectrical power and 25.5 MW thermal power the power plant became the most powerful gas engine power plant in the Nizhneserginskydistrict of the Sverdlovskregion. The total efficiency of the installationamounts to 86.5 percent. The power plant completelycovers the demand of the productionsite'sheatconsumption as well as 50 percent of the electricityconsumption. The environmentallyfriendly power plant will also decrease the greenhouseemissions of the NLMK Ural enterprise by 4,000 tons per year. 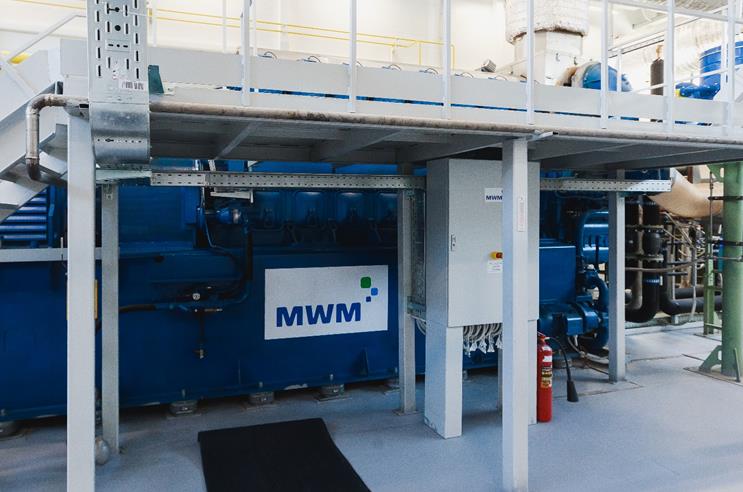 The installed MWM TCG 2032B V16 gas engine of the NLMK-Ural power plant in NizhniyeSergi, Russia, produces an electrical output of 4.5 MW and - together with the gas fired boilers - 25.5 MW thermal power.

The openingceremony of the power plant tookplace on November 14th, 2019. During the ceremony the power plant was setintooperation from the controlcenter. "The cheapelectricaloutput and thermal power produced by the MWM TCG 2032B V16 engine allowsus to significantlyreduce the productioncosts", says Roman Panteleev, Chief power engineer of NLMK Ural. "The work was well-organized and coordinated, the generatingequipment was constructed in a short time". According to calculations, the paybackperiod of the energycenter will bethreeyears.

Higher Flexibility, Reliability and Environmental Friendliness of Power Plant due to MWM TCG 2032B V16 Unit 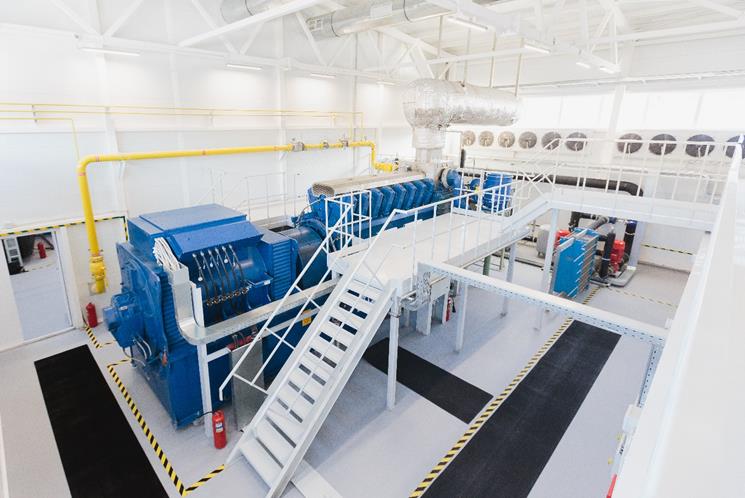 Glance into the brand new energy center of the steel production company NLMK Ural with the MWM TCG 2032 gas engine.

The MWM gas engines of the TCG 2032 series are perfectlygeared to the challenges of a dynamicmarketenvironment. The models in the output range of 3,000 – 4,500 kWel meet the high requirements of a broad range of applications and guaranteeefficiency, reliability, flexibility and environmental sustainability, together with lowlifecyclecosts and high profitability. The TCG 2032B V16 gas engine with a fast ramp-up optionallows to switchbetween normal and fast startrequirements for eachstart request. This feature is becomingincreasinglyimportant due to growingrenewablecapacity.